When WW1 began, Linda was a beautiful and cultured young woman not long out of school. Lance had just graduated with a Bachelor of Arts, which included papers in divinity, from the University of Auckland, and was destined for the law. Soon after, in 1915, the theological college, St John’s in Auckland, closed its doors for the duration of the war as so many of the young men enlisted.

Linda was the only daughter, cherished especially by her engineer father August Koch. Her mother, Ethel, was reputed to have been the greatest beauty in Auckland but eventually drinking becamse a problem. Drawing, piano, needlework, botany, books and tennis were ingredients of Linda’s upbringing and education at Mt Eden Ladies College, the forerunner to St Cuthbert’s College. 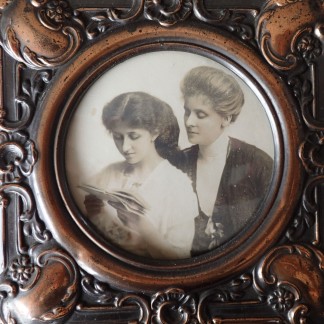 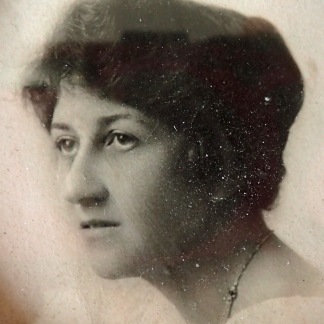 The family lived for a time when Linda was a toddler in the remote King Country settlement of Poro-o-Tarao. There, for seven years, August supervised the building of part of  the main truck railway, riding off on horseback along the line overseeing the workers and the construction. Their home was a cottage sat amidst the rough-and-ready cleared bush landscape, trying hard for domesticity with an English garden of hedges and roses. Ethel’s brothers and sisters were welcome visitors.

When, in 1899, August was appointed engineer in charge of the Wellington to Napier section of the railway, based in Petone, they moved to Wellington. There they remained until between around 1911, when Auckland became their home.

Lancelot Garrick Braik was a couple of years older than Linda, born in Invercargill in 1894 in to a family where education was paramount. His father George was that powerful and often feared community figure, inspector of schools, first in Southland then in Wanganui. Lance was described as in every way a gentleman: clever, musical, artistic and cultured.

Then came WW1. While Linda helped put together Red Cross parcels for the soldiers with the other young ladies and their mothers in Remuera, Lance at his own request, threw in his sergeant’s commission and the relative safety of a role as an instructor in Grantham in England  and went to the Western Front as a private in the 1st New Zealand Machine Gun Corp. At Passchendaele on 7 Oct 1918 he was wounded in action, suffering severe concussion and shell shock. The local Fielding newspaper reported that he was blown up by a shell, paralysed in both legs, his speech almost taken away, and that he was badly shell-shocked generally. But after being treated in hospitals in England he recovered considerably, and on the voyage home, his stammer and tremors continued to improve. Apart from the state of his nerves, he was almost right again when he arrived back in Wanganui in April 1918.

However, he did not survive the flu epidemic that swept the country over a six-week period later in the year, kiling at least 9000 New Zealanders. It was mostly young adults aged 25 to 45 who succumbed to the A/H1N1 virus which we now know as swine flu. The streets were deserted apart from ambulances and volunteer helpers delivering food to the sick at its very peak in mid November when Lance died. His father, who had died before Lance enlisted, was not there to mourn the loss of his son; that fell to Lance’s mother Bella and his two brothers, George and Douglas.

Linda’s grief we know nothing of except that, for her whole life she kept the photo of him as a young sergeant in uniform, dated 17 January 1917, taken before he shipped for Europe. They perhaps met when Linda visited her cousin Brenda in Wanganui, or an introduction may have been made by the Wanganui Koch’s when young Lance went to Auckland to study.  It was four and a half years after his death before she married another suitable young man, my grandfather, Norman Webster, also of Remuera.

The post-war match could have been engineered  by their mothers, Mrs Ethel Koch and Mrs Clara Webster who both had Wanganui connections and moved in the same Remuera social circles. Clara’s father and brother were eminent Sargoods (Sir Thomas and Sir Percy), and both Norman and his brother Geoff were employed by the family company Sargood, Son and Ewen.

By the late 1920s, Linda and Norman were living a comfortable ordered life in an equable marriage and a newly built bungalow iat 48 Mainston Road, Remuera.  There, the photo of Lance was stowed quietly away, and kept for a lifetime.

Mr A C Koch of the Railway Dept. Petone and Mrs Koch on a visit to Auckland, Jan 1906

One thought on “The lost love of Linda and Lancelot”